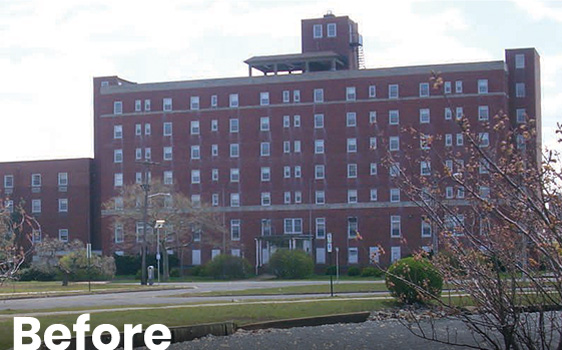 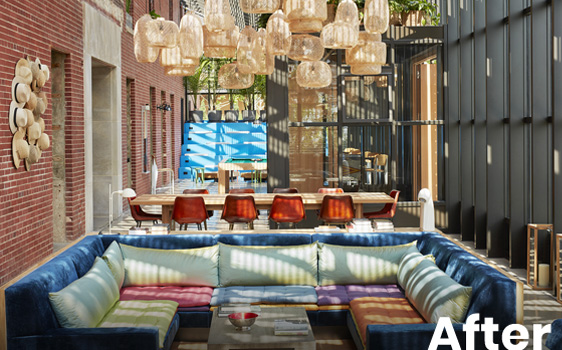 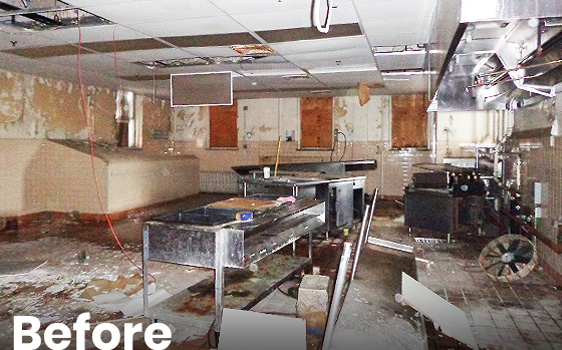 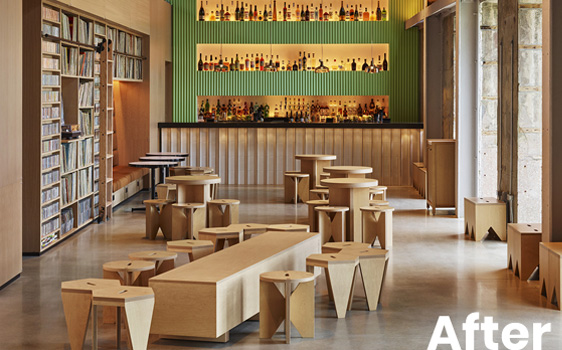 In 2016, iStar collaborated with Salt Hotels to open Asbury Park’s first new hotel in half of a century. The project converted the former Salvation Army retirement home, an aging and neglected seven-story brick building, into a magnificent 110-room boutique hotel filled with amenities, including the now famous Danny Clinch Transparent Gallery. In an effort to encourage visitors and guests to take advantage of the booming Asbury Park restaurant scene, iStar made the decision to not include a restaurant at the hotel. Instead, The Asbury offers “The Counter”, an in-house grab-n-go experience that is curated with local food options such as Purple Glazed Donuts, Confections of a Rock Star, Juice Basin and others. Sound Booth, one of The Asbury’s main public venues, partners with businesses such as Asbury Park Distillery and Asbury Park Brewery to provide a variety of local options.

The principal architect on the project was Paul Taylor of Stonehill Taylor, under the creative direction of legendary hotel designer Anda Andrei. The iconic hotel conversion spurred major economic growth in Asbury Park, and the project now brings in $250,000 in annual property taxes, as well as $170,000 in hotel bed taxes in 2018 alone. The hotel has also resulted in the creation of 60 permanent and 70 to 80 seasonal jobs.

In conjunction with the opening of The Asbury, Salt School™, a major community initiative spearheaded by Salt Hotels, was launched. Salt School™ was a 10-week, 25-hour, intensive job training program that serves as an introduction to all facets of the hospitality industry. The inaugural Salt School™ had 110 local residents participate and complete the program. As a result, 60 local residents were hired immediately to work at The Asbury.

The success of iStar’s new hotel helped bring unprecedented national attention to Asbury Park. In 2016, USA Today reader’s voted The Asbury as the Best New Hotel in the United States and has made national headlines in the likes of outlets such as Vogue, Bloomberg, and Condé Nast Traveler. The acclaimed hotel has played host to both state and local events, such as New Jersey’s 25th Pride celebration, the Garden State Equality and “Storytellers” from Asbury Park Press. The Asbury also makes itself available to host community events, including Asbury Park Toy Drive, local market in Soundbooth and numerous music events at the Danny Clinch Transparent exhibit, which includes KYDS and Asbury Park Music Foundation.